A few words on feeling inferior in the workplace...

Sorry for the rant, I just had to put this out somewhere.
Thank you

Yesterday was a fun-filled day. First, I went to my Mom's house to go with her and my little bro - freshly back from Canada! - to get my Mom's staples out. She had partial knee replacement surgery and they didn't stitch her - they stapled that shit closed! WTF?! The stapling looked horrible! But as Mom says: "My doctor is a better surgeon than a tailor." Touché, Mom.
So - we went out on a bunch of errands afterward - since poor Mom hadn't been out of the house for 2 weeks! But before long, Alex and I were on our own to finish out the errands so that Mom could take a nap.
On that trip, I received a text from Oni (at around 2:56pm) that read: "Do u watch paranormal state?"
As a matter of fact, I don't. I've been a TAPS girl since who knows when! So, of course, I sent back: "Fuck that show! That guy is soooooo dramatic!"
Little did I know that I was taking part in a Ghost Hunters VS Paranormal State argument that would last until 7:30pm. 7:30PM!!!
Alex was only there for part of it. And he said "Fuck both of you, I'm all DESTINATION TRUTH, bitches!" <-Not what he actually said, but he IS a fan of Destination Truth.

Okay - I've been a fan of paranormal shows since The X Files and I've seen my fair share of weird things in this world, so I'd like to say that my interest is not with the fad of paranormal reality TV. And neither is Oni's interest because she was present in one instance of something paranormal happening to the both of us. BUT I wonder: what gives Paranormal State more validity than Ghost Hunters? The debate raged on.

Oni: Psh. Its my fave of all the ghost hunters. They have better stuff happening. And the un-haunt the haunted. And have exorcisms.
Me: It's such CRAP
Oni: Psh. It's better than 1 night and a few little things on EVP or thermal imaging.
Me: But at least the Ghost Hunters are honest bc not every place is really haunted. Paranormal State is paranoid and over the top!
Oni: They're not over the top. They include psychics, priests, demonologists and the haunted and stay there for like a week and determine 1st if its a real haunting
Me: I call bullshit. They're like the ghost bros of Ghost Adventures (just as horrible, if not more horrible than PS)

So, can you imagine that going on and on and on and on till 7:30pm? No? Neither could I. But it did go on and on and on - with me doing some side tweets in between. But it didn't get weird until Oni texted this:
"But the homeowner and the research validates what the medium says" - This was after I told her there are no mediums allowed on Ghost Hunters. So I said:
"So? If you go in expecting those things, of course you'll "see" them because you want to see them. TAPS doesn't really go in expecting anything major. If they get a few things, they're still wary of declaring a haunting - which is better.

Oni: " How can you declare a haunting on 1 nights worth of research? They're not familiar with TAPS. Why would they show up for them on cue?"
WTF??? My old man and I HAD to share a laugh at that one. "They're not familiar with TAPS". What??
After I regained composure, I sent this back:
"So Paranormal State hangs out with their "entities" and coaches them to jump out on cue when they're filming?"

And there was more arguing and comparing and the like until 7:30pm. I have to keep saying that it ended at 7:30pm because I will argue as long as I need to about the awesomeness of Ghost Hunters, dammit!

But if you don't have a preference, or if you've never seen the shows, read all about them: 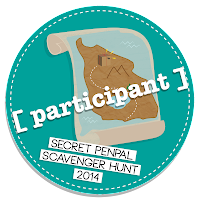 Other blogs we love!